“I think you can gather a lot of information from just deep listening. It can also be what my environment is, what my is feeling at that moment…” 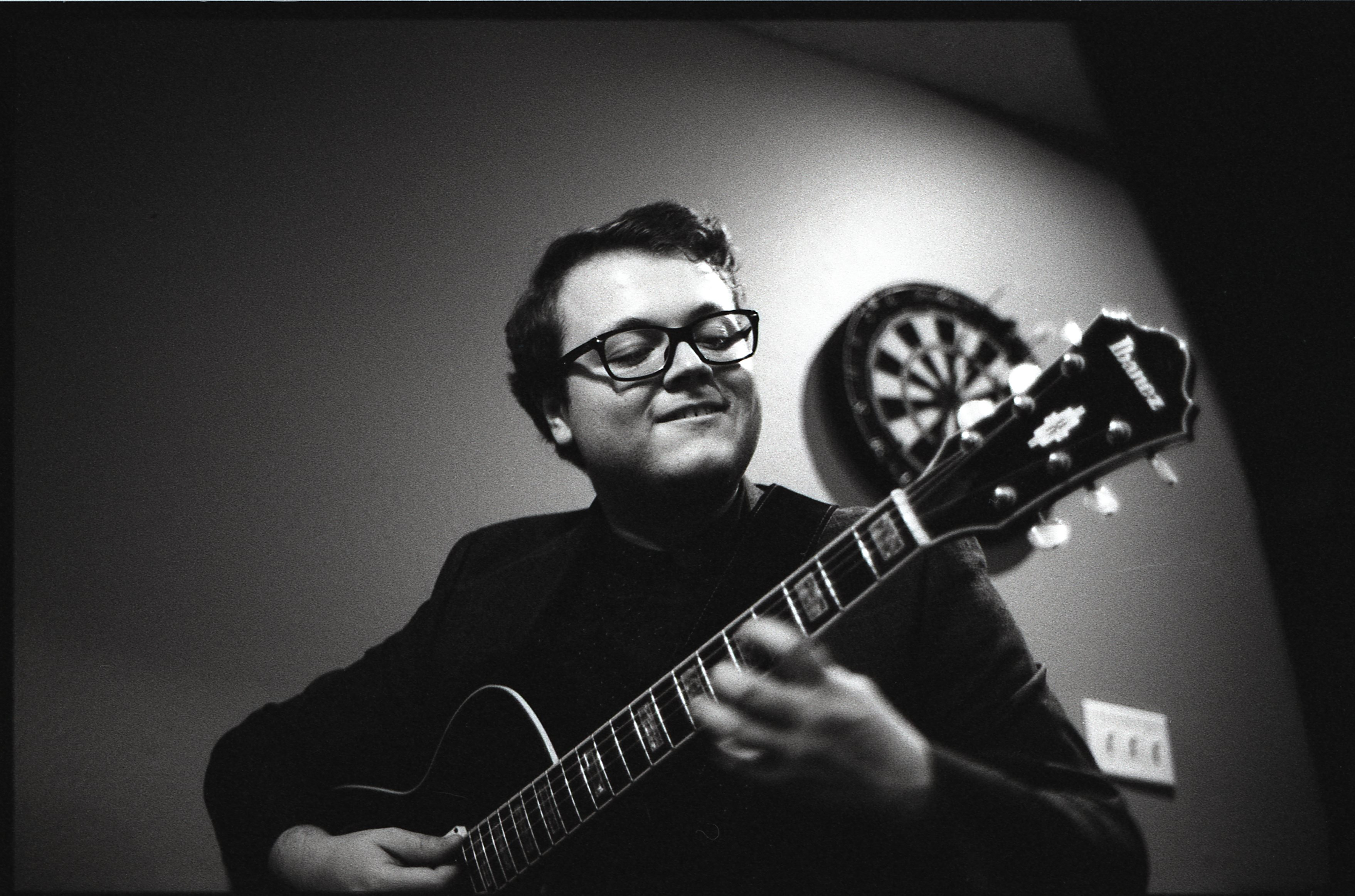 S: What instruments do you play? How long have you been playing them?

M: I have been playing the guitar for the past 15 years. I also play piano as well, mostly to write the music.

S: Does music run in your family? How did you first become involved in playing music?

M: As far as I know, my grandfather was a guitarist himself. Unfortunately, I didn’t get a chance to meet him. Although my first experience with music was at my elementary school, I started playing on clarinet before guitar. It gave me a basic understanding of music.

S: What drew your interest to jazz?

M: It was the end of my 8th grade year and I was still in the school band playing clarinet. I had found out the jazz band was playing an arrangement of Black Magic Woman and I asked if I could play guitar for them and my director Mr. Ellis let me perform. At the performance, the High School Band director had seen me play and wanted me to play for her jazz band the next year when I entered high school. From there I had to study what was the music like. So I listened to variety of guitar players such as John Scofield, Pat Metheny and Kurt Rosenwinkel and horn players like Michael Brecker and John Coltrane.

S: How long have you been performing music? Where have you played live?

M: I would do a gig every now and then and that has been a span through a couple of years, although I would play with the school to perform. I have played in mostly in downtown Visalia like a few times at Cellar Door and couple of times at Pita Kabob. I also did a gig once in Long Beach.

S: Where do you draw your inspiration from in regards to playing music?

M: Mostly from the music that I listen to I try to listen to a variety. I think you can gather a lot of information from just deep listening. It can also be what my environment is, what my feeling is at that moment although it’s not always the case that I’m coming up with music, however I will get the occasional musical idea depending where I’m at. 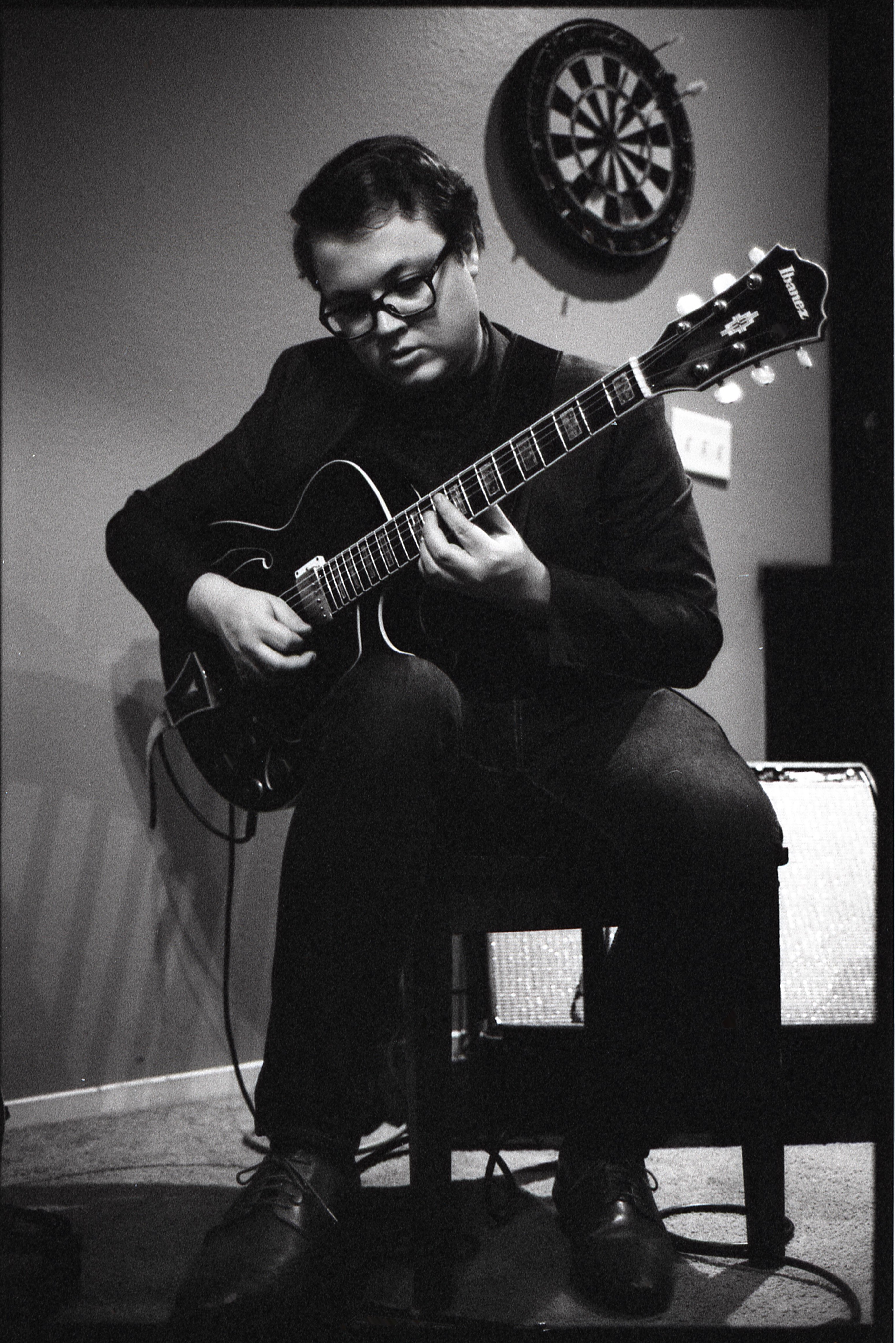 S: At what capacity do you work with The Sierra Project? What other projects are you currently involved in?

M: Right now there is work to be done with The Sierra Project but I decided we take a new turn with it as far as what style of music we will be playing, although I’m still sticking to the jazz influence I’m taking more of a modern approach with it. Other projects though I will be working with the trio that I am bringing in.

S: Do you study music? Do you plan to pursue music as your career? Why or why not?

M: I do at the moment. I plan to go to a state college to finish my degree in jazz performance. I want to perform mostly with my projects and as sideman try to get a handle of everything in music. Eventually I would like to produce music on the side as well.

M: Well I think it’s still out there, we just had Kendrick Lamar’s album To Pimp a Butterfly which I thought had a significant amount of jazz influence. We also have groups like Snarky Puppy, they don’t exactly play straight-ahead jazz but they still give the emphasizes as if it was. In the Central Valley, I mostly see it in Fresno where it occurs such as the Tokyo Garden jazz session which is hosted on Sunday nights. Faculty from Fresno State and community members of the jazz scene do gigs every now and then in the valley.

S: What do you think is the future of jazz?

M: I think it’s evolving like most music is. Although it’s definitely not on the media like Rap and Pop Music, although I do see it being implemented in Hip-hop and R&B like the artist August Greene, where the rapper Common is in the group. Even though Jazz was birthed in America, it is popular in countries like Japan, England, France, and Germany.