“This is the thing that’s going to make my life special. From here on, I’ll document everything…” 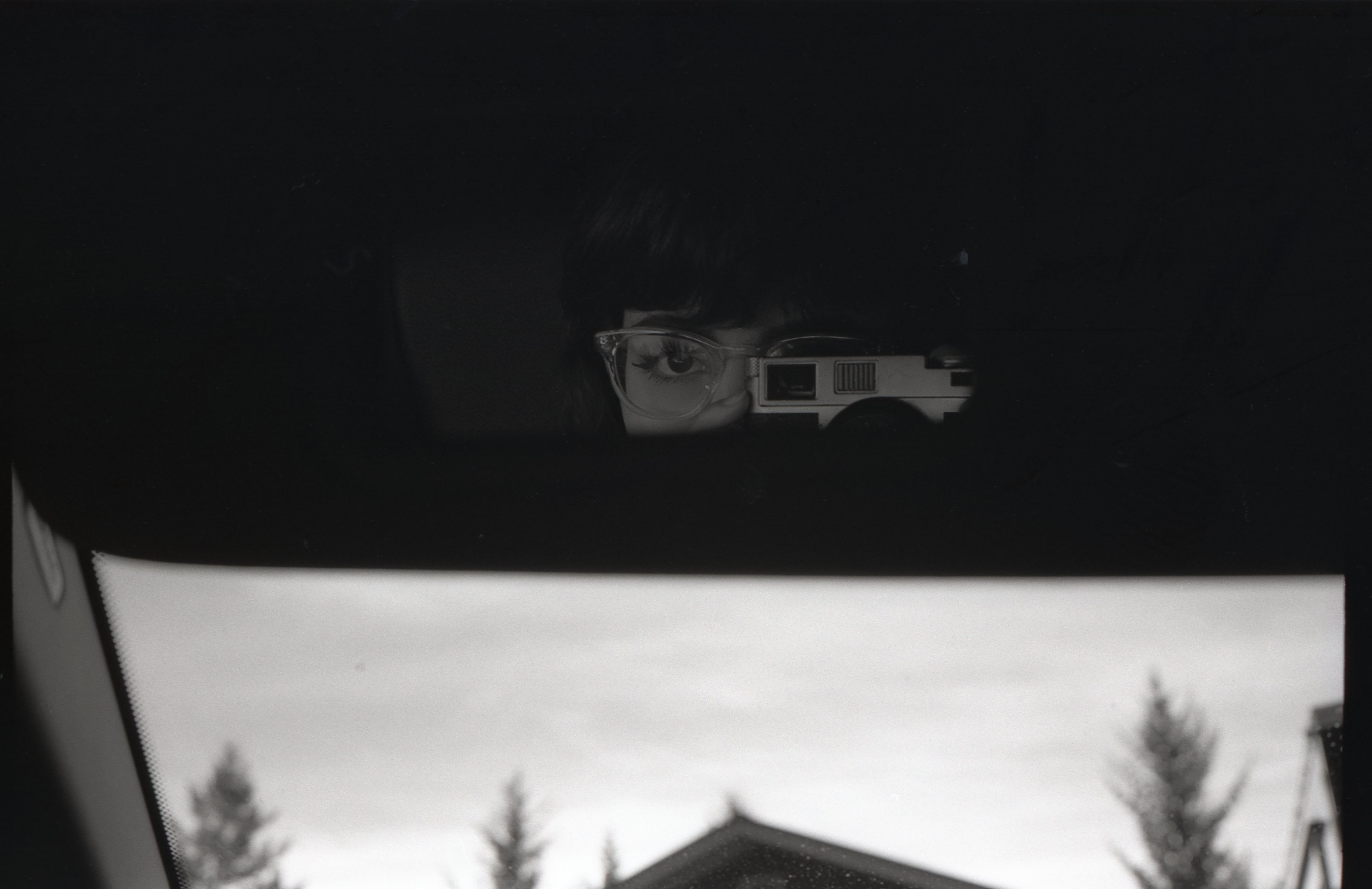 S: What kind of camera(s) and equipment do you work with?

V: My one and only setup is my Leica M2 and 40mm Summicron lens. I got the body in 2016 while living in Oregon and drove 2.5 hours south to pick it up in California. I was so excited to have it. I would keep it on my nightstand and just stare at it until I fell asleep. I thought, This is the thing that’s going to make my life special. From here on, I’ll document everything and ages from now when I’m old and decrepit, I’ll have a visual autobiography or diary of my life to print in the darkroom. It’s been by my side every day since. Before my Leica, I used a Canon DSLR and also a Canon film SLR that I gave away to a friend. 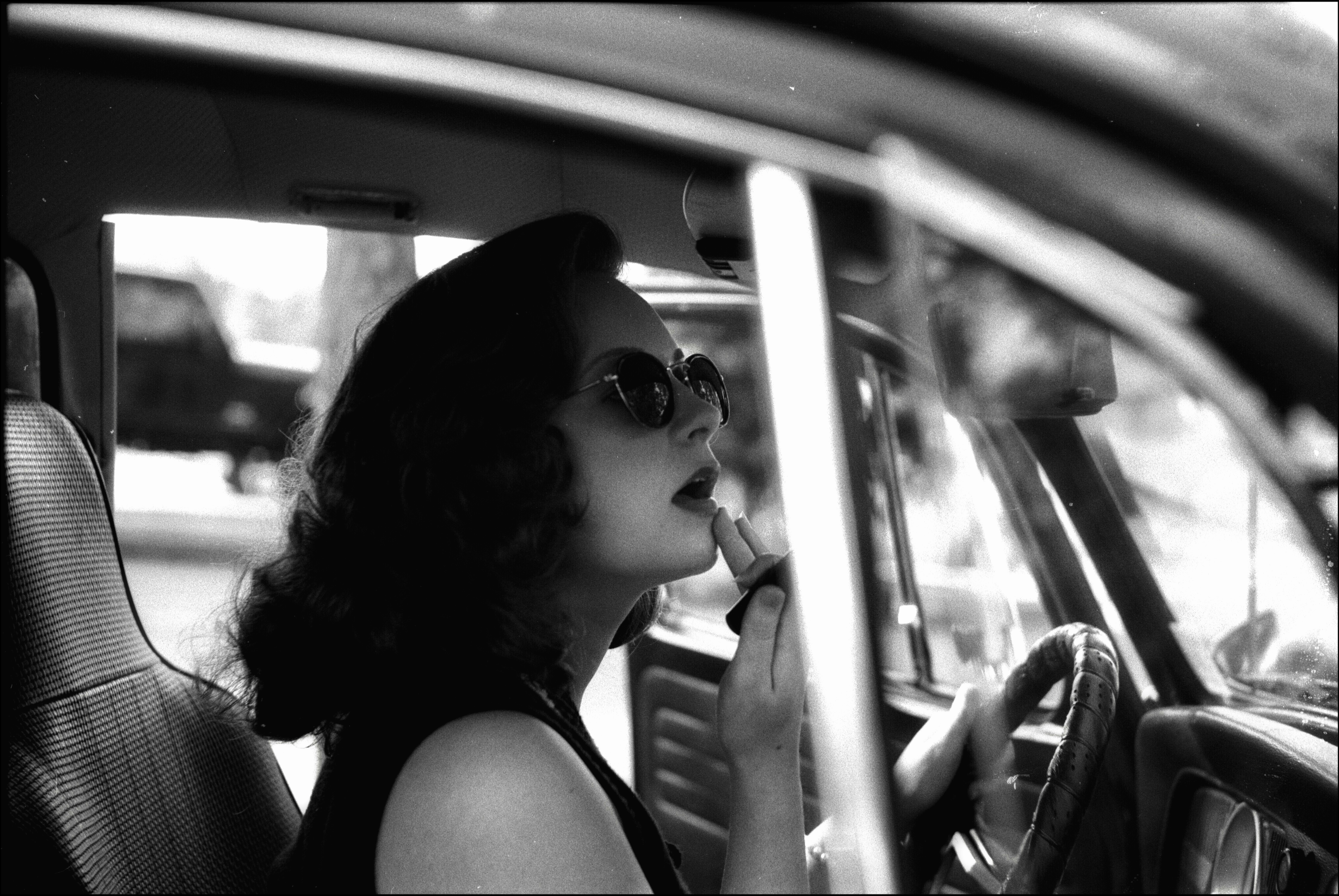 S: Do you have a preference for your camera/equipment, and if so, why?

V: Well, my preference is definitely my current setup. That’s one thing I guilt myself about is not expanding my equipment horizons and shooting different cameras. I would love to own a Rolleiflex and spend more time with medium format and even large format but I’m married to 35mm I suppose.  I often hear conversations between other photographers regarding all the different cameras and lenses they’ve owned or what camera they’re going to own next and it makes me feel like an inexperienced photographer, but I’ve realized that it’s better to be great with one camera and lens than to be just adequate with a multitude of cameras and lenses. 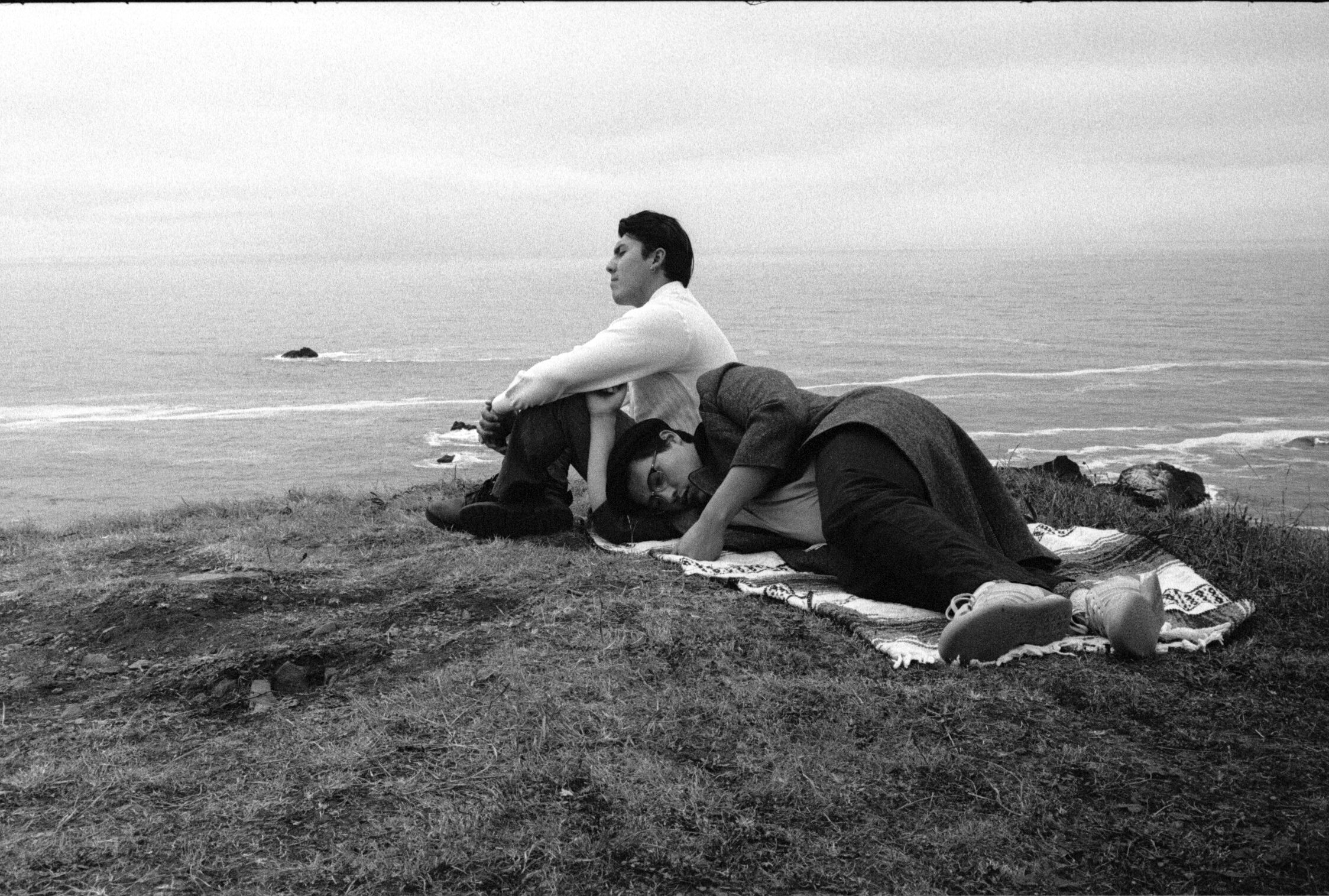 S: How long have you been shooting photography?

V: I’ve always owned a camera whether it was disposables as a kid or digital cameras later. Photography was never something I “got into.” It was always there in all forms.

S: Is photography more of a hobby, work, or both?

V: It’s more like some therapeutic necessity I guess. It never feels like work. Once it does, I’ll stop. 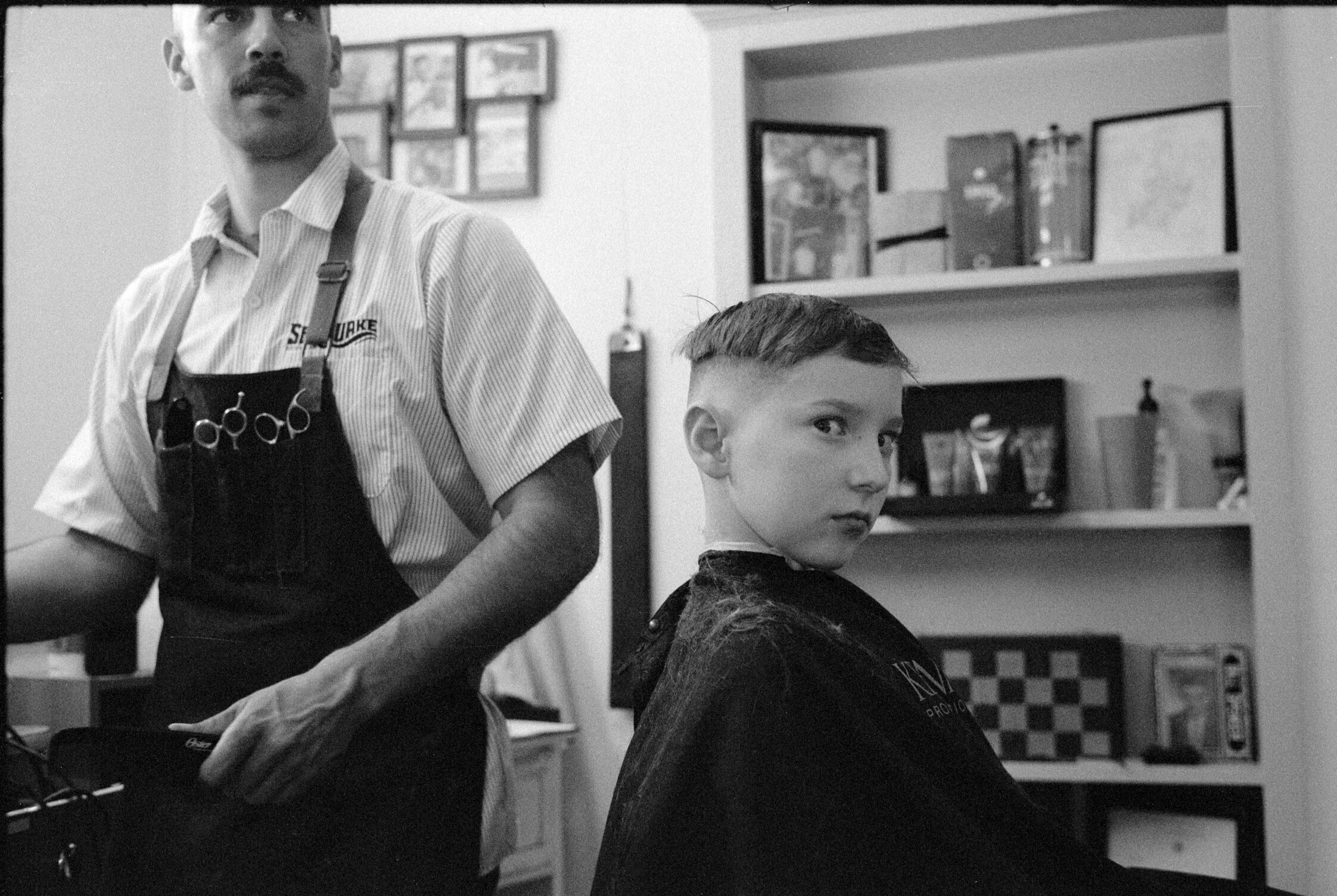 S: What subjects do you like to work with?

V: Since August, I’ve been at my parents’ place in Brookings, a tiny beach town in Oregon. It’s another world out here. It’s located along HWY 101 right in the middle of Samuel H. Boardman State Park. It’s so gorgeous. A nice change of scenery from Tulare, my little central California cow town. I’ve been snapping away at my little brothers and friends who visit. I take them out to thrift stores and antique stores to get some cool outfits and interesting props to use in the shoot. Then we hike to a crazy viewpoint or a beach to shoot photos and drink beer. Well, beer with my friends, not my little brothers. It’s been a blast. Although most of my photos are candid, it’s been so much fun planning shoots. Other subjects include friends and family down south, jazz musicians, my hometown locals and more. I don’t like taking photos of strangers or street life too much. It makes me feel shallow and depraved but I’ll do it if I really feel the itch. 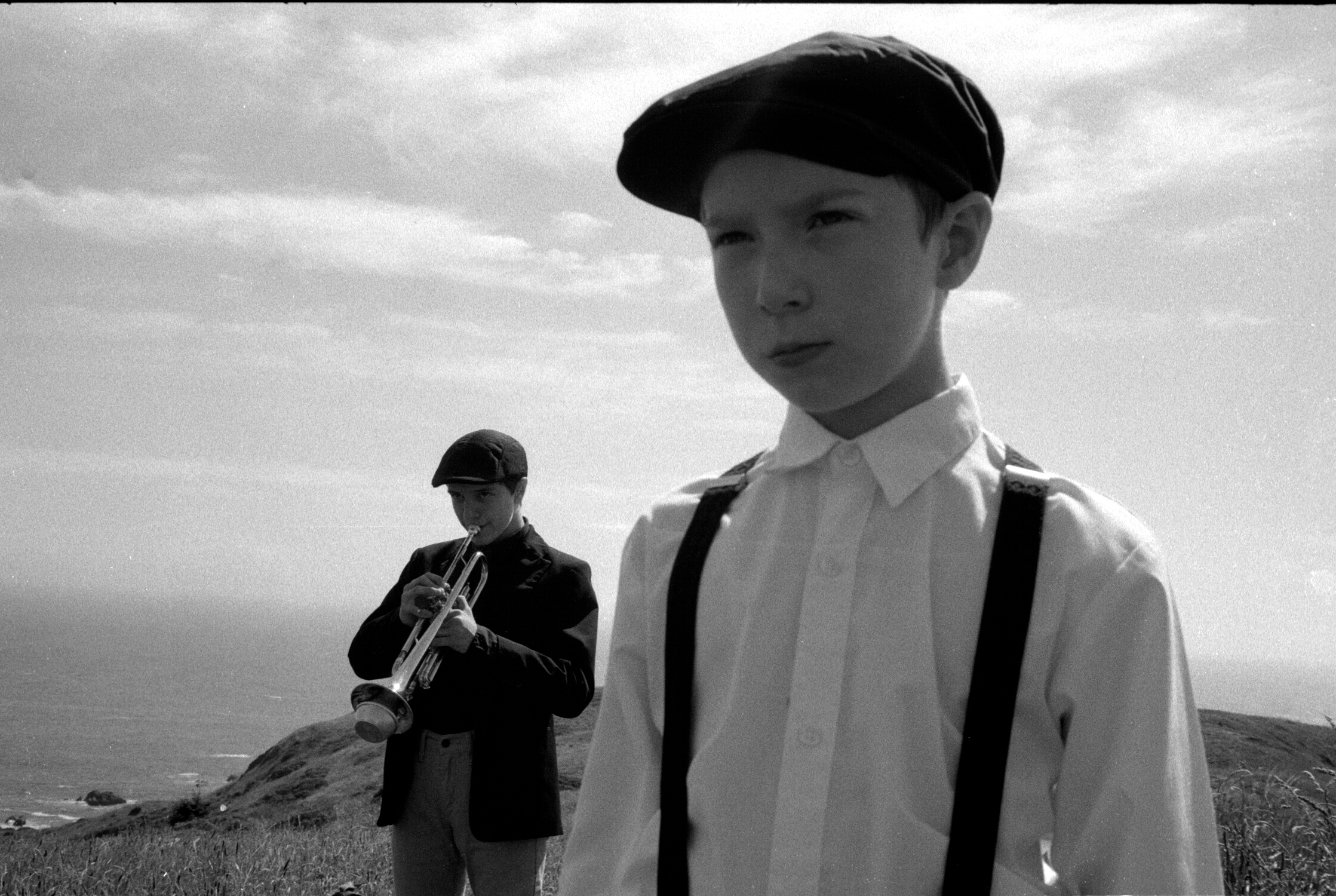 S: Are there certain locations that you work best in? Indoor or outdoor? Why?

V: It’s crazy because up until I moved up to Oregon for the summer, I would only shoot at night or indoors. I don’t know why. I’ve been shooting slow speed film out here on the coast and I love it.

S: Is there a specific tone that you look for in your photos?

V:  Tone? So recently I went a little crazy and re-watched Quentin Tarantino’s entire filmography. I thought, “This fucker knows how to tell a good story.” I love good story tellers. It made me really want to start implementing visual cinematic story-telling elements into my photos. A couple days later, some Tulare friends came from Wyoming to visit my older brother and I. We went out and I came up with a narrative. One of the friends would be dressed up as a nerdy guy camping out on the beach. The other would be a crazy transient who murders and robs him. I photographed the story from start to finish. The photos are probably trash. I don’t know. I haven’t developed or scanned them yet. I’m not saying I want my photos to have some psychotic, murderous, slasher tone but a more cinematic vibe. Maybe I’ll add some dialogue on each photo like some French New Wave film. Just kidding. I wouldn’t ever do something that ostentatious. Maybe I would consider making a short film entirely composed of still images if the story was good. 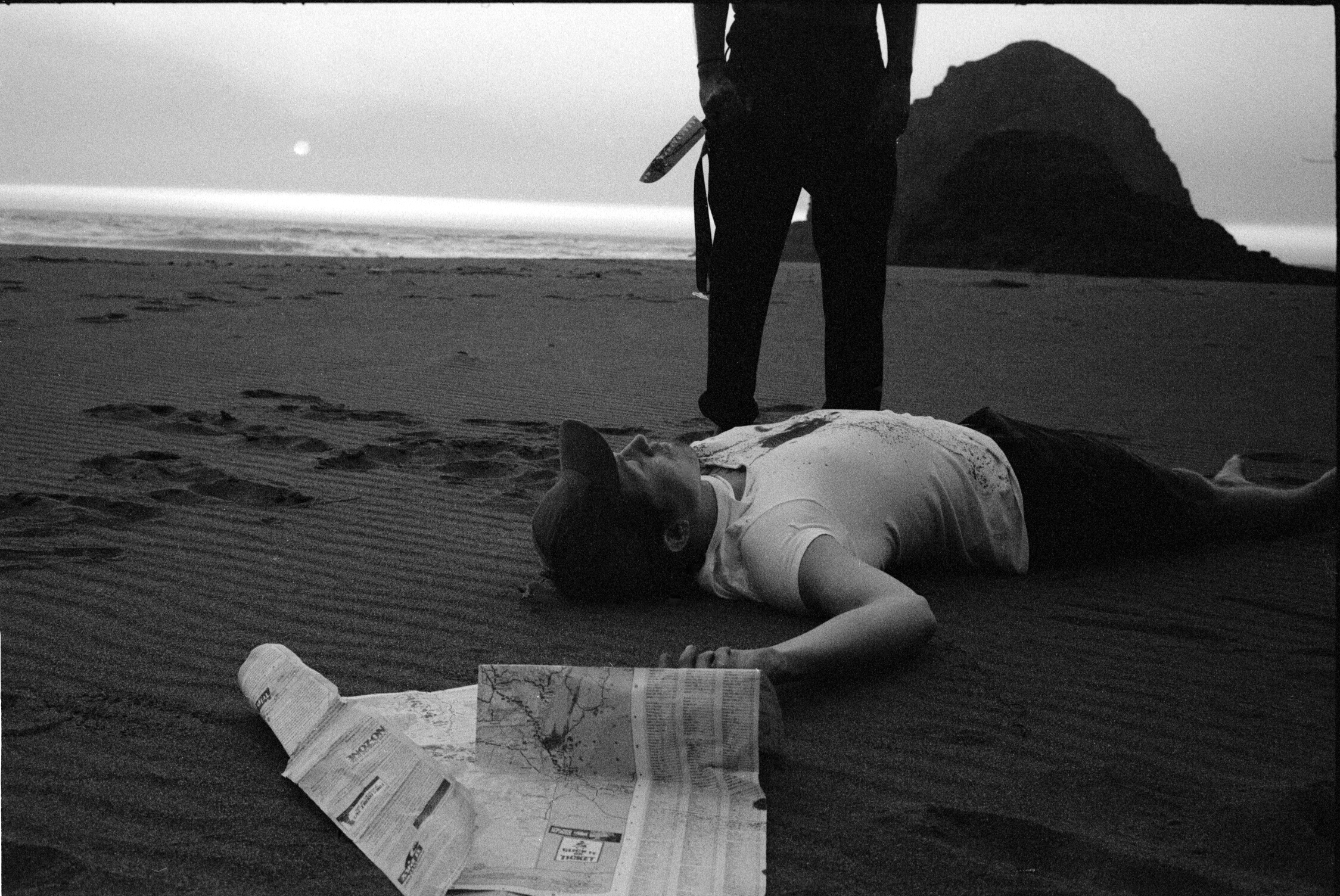 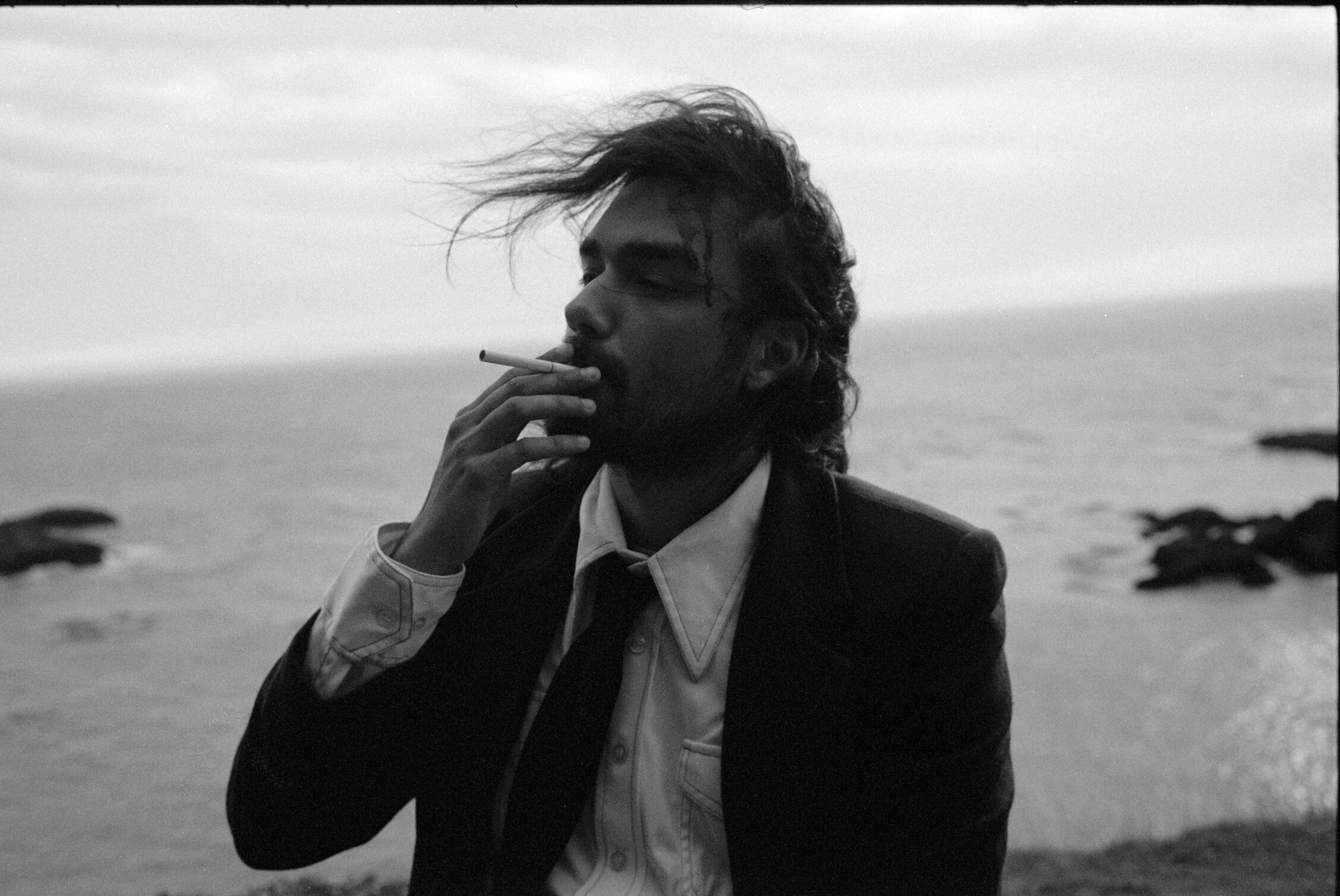 S: Do you generally gravitate toward black and white photography? Why?

V: Ah, the eternal question. The eternal answer is this: I’m cheap and 35mm black and white film is the easiest and most economical medium for me to develop at home. Also, I feel like color distracts from the composition.  If I’m shooting color, all I tend to think about is color rather than composition. I don’t know— my eyes are just conditioned to see the world in black n’ white after shooting so much of it. 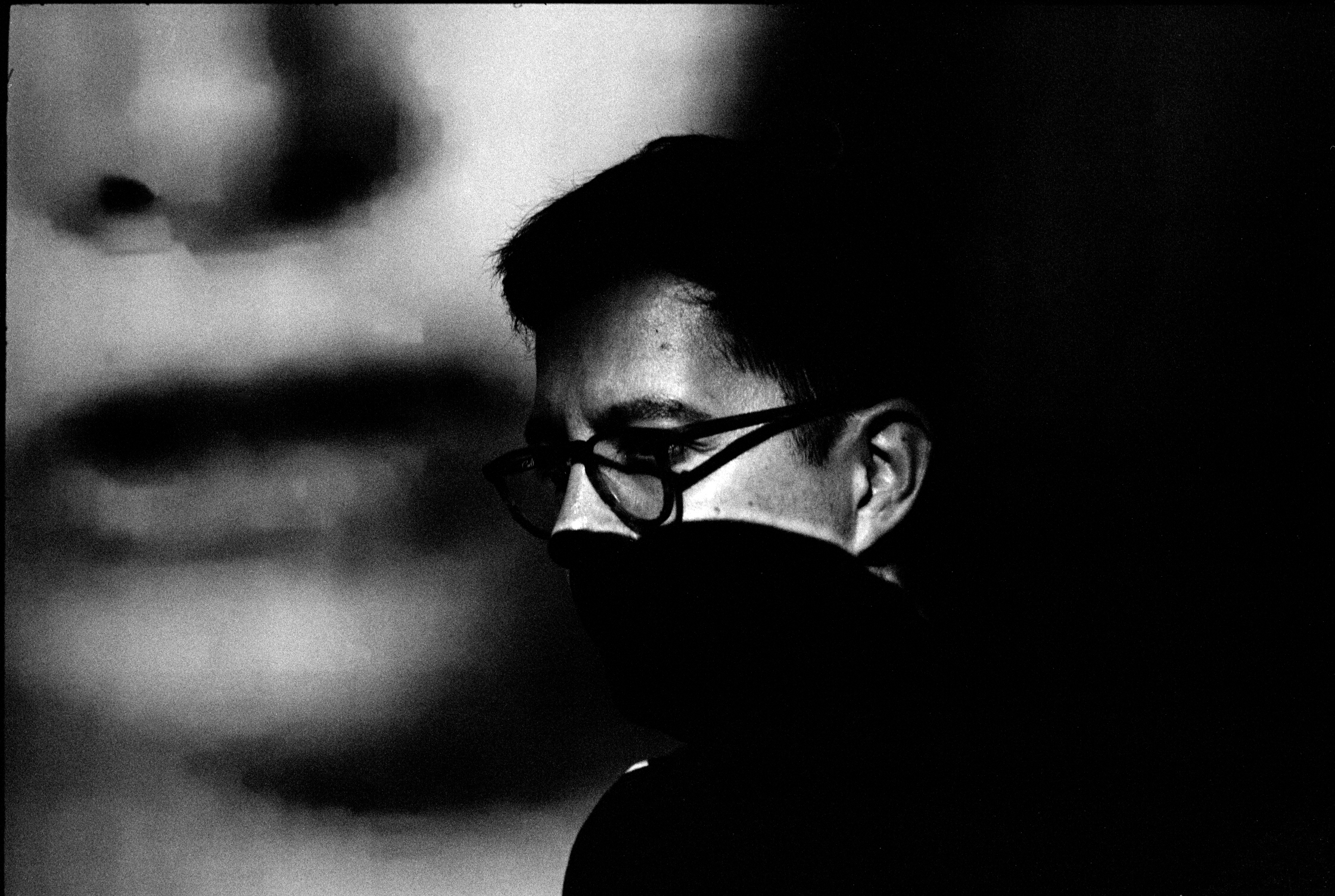 S: Do you develop your own film? What has the process been like shooting with film? Has film always been a passion for you? Why?

V: I do develop all of my own film at home. I also have a darkroom in Tulare and tomorrow morning, I’m making the 10 hour drive home to spend a couple of weeks printing for Private Wax and maybe an upcoming tentative LA exhibition. All I can think about lately is printing. Just printing for 8+ hours in the darkroom with a case of beer and some tunes. It’s such a transformative feeling. Truly. I’ll print until my back is sore and my legs ache. 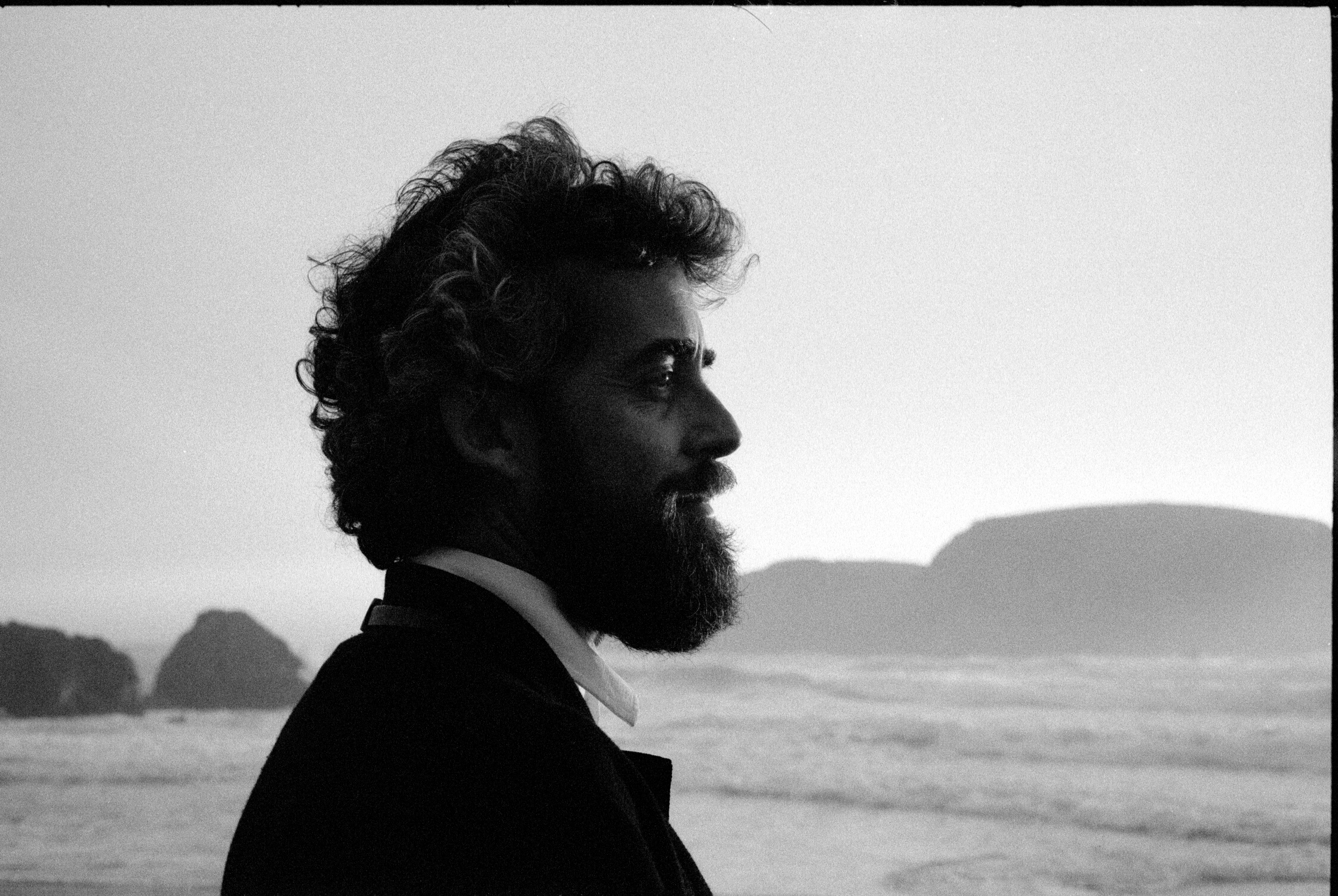 S: What inspires you in your work and style of photography?

V: Movies. Perhaps more than notable photographers, I take a lot from good cinematographers. I haven’t spent that much time studying the works of famous photographers, but I’ve spent countless hours of my life watching movies and documentaries. You know when you see a movie and there are one or two scenes or frames that stick with you forever? My head is filled with an array of movie scenes like that. I think and learn visually. I want to start taking a more cinematic approach with photography. I want to start making documentaries too but that’s a different conversation. 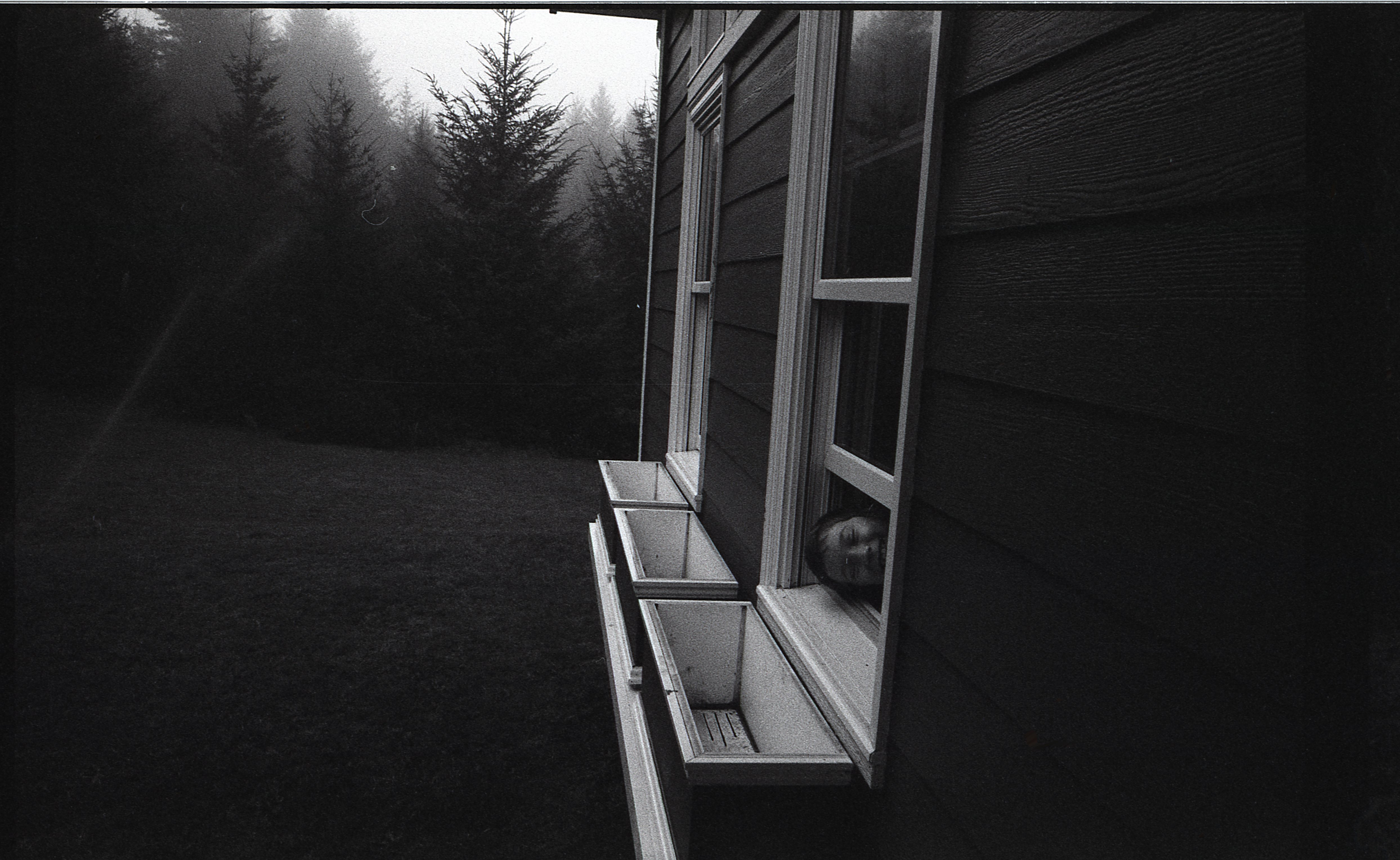 V: I digitize my negatives with a film scanner and sometimes remove dust in Lightroom. That’s pretty much it.

S: Do you have any long-term goals in regards to your work?

V: I think about this constantly. Next year I’ll be attending Los Angeles City College to study film but my more long term goals seem so abstract and out of focus, out of reach. I’ve realized that this is because I’m still very young and don’t have much life experience. I read a book called “Outliers” by Malcolm Gladwell. One of the underlying messages in the book is the 10,000 hour rule. The art of mastering any craft in the world requires at least 10,000 hours of practice. Gladwell proved that the richest, most successful and talented people on the planet have practiced their craft for at least 10,000 hours or more before they ‘made it.’ I have not spent 10,000 hours taking photos and I have not shot 10,000 rolls of film but when I have, good things will start happening. I think they already are.